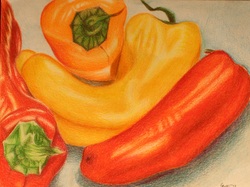 The analogous peppers in the drawing were real red, yellow, and orange peppers taped together. the time frame it took to fully complete this project was roughly one week. The media used to color the peppers were colored pencils and a colorless blender. This was honestly interesting to draw; compounding shadows, bright highlights, complex colors and detail. It was none the less a pain though.
Burnishing the picture was taxing, I started out using the peppers main color to erase the appearance of white grainy dots on the paper. After two hours of burnishing with colored pencils, the idea of the colorless blender pencil became a possibility. 30 more minutes was taken to fully burnish the rest of the peppers, mainly the red. the product was a dazzling smooth finish.
The cast shadows were expressed using light layers of blue, grey, purple and the reflected color of the peppers; red and yellow. the core shadows of the four peppers were cautiously created by using the according complimentary colors; red with green, orange with blue, and yellow with purple.
On the yellow pepper the reflected light of the orange and red peppers can be seen as orange is reflected on the left side of the yellow pepper in the shadows. the red was reflected on the right side faintly due to the light source cancelling out most of the red reflection. 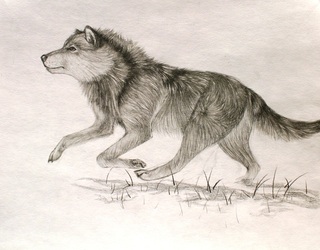 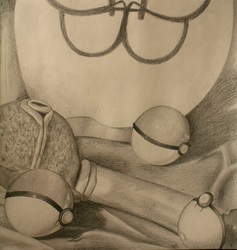 For the next two pictures, please click to see the full picture
=^.^= 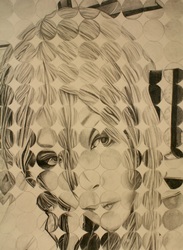 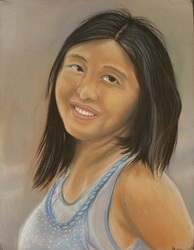 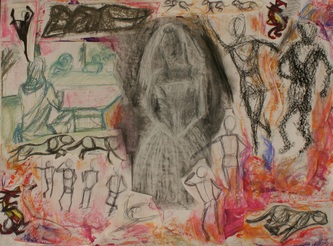